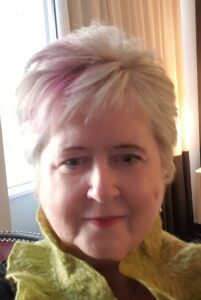 What can one possibly say? Here we are in 2022, watching a megalomaniac with nuclear weapons and a massive army, attacking a sovereign European state, murdering its citizens and bombing its cities. This puts Russia in the same league as the worst of the worst of the world´s dictatorships. This is not defensive; this is not a misunderstanding between two countries; this is a cold calculation by a bully to take what he wants because he can and because he is frightened of open, free societies.

And here we all thought Europe was past this. Since the fall of the Berlin Wall, especially in the last decade or so, we had allowed ourselves to become complacent about autocratic tendencies and even flagrant misuse of power, of misinformation, cyber-attacks and blatant attempts to weaken democracy, both from within and without. But the events of the past month have finally woken us up. We must not take our way of life for granted. While we all want to live in peace, we cannot allow such flagrant aggression against democracy and the rule of law to stand unchallenged. It must be a bit frustrating for this particular tyrant, after having spent so much effort to weaken Western resolve, to now be the very reason for our unity and renewed commitment. A miscalculation, surely, predicated on hubris. If ever there was proof that absolute power corrupts absolutely.

I want to be clear that only the Russian leaders who are responsible for this war should be condemned. The Russian people are not at fault here. Many cannot get accurate information on what is going on, since the despot has strangled the free media. For the brave Russian souls who are standing up to tyranny, including many academics and students, despite great danger to themselves, we should have the utmost respect. And we must also understand and have compassion for those who are unable to put themselves in a position where they could be imprisoned for up to 15 years for speaking the truth.

But why am I going on about this? What business do I have writing about this in a Fulbright Iceland newsletter? Is not Fulbright apolitical and should it not steer clear of political controversy? In theory, yes. But when we are faced with complete disregard for the values that we hold dear, an aggression that has brought us to the brink of another world war, I do not think that we should keep silent. Yes, Fulbright is about opening minds, about sharing knowledge and increasing mutual understanding between peoples to pave the way forward to a better future and that is the mission of Fulbright Commissions. But this mission is put in grave jeopardy when we are under attack. And this is an attack, not only on Ukraine, but on democracy, on free and open societies everywhere, and we must condemn it.

We have included in this newsletter a couple pieces written by Fulbright Iceland grantees who have connections to Ukraine and its people, as well as a piece on the effects of the war on Arctic scientific cooperation in general. While this will not make a difference to the devastation of a country and its people, we hope it will help in some small way to keep the spirit of a free Ukraine alive.

And as for all of us who still have the privilege of safety in our homes, it is clear that we are going to have to accept some inconveniences and hardships as a result of this horrific war. It will be difficult, and prolonged difficulties may soften the resolve of some to stay the course in the longer term.  I call on Fulbrighters the world over to lead the way here and be proponents of defending democracy, even at a personal cost to ourselves. This is a defining moment. Slava Ukraini!